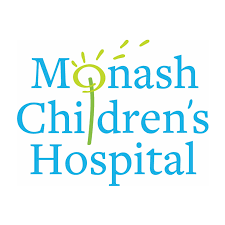 Our initial donation of $1.157 million to construct and fit-out the CCC was the largest ‘one off’ donation in Southern Health’s history

“Without the million dollar plus gift provided by Kids with Cancer Foundation the new purpose built day oncology facilities might never have seen the light of day”.

Kids with Cancer Foundation donated $1.157 million from the sale of $2.00 raffle tickets (sold in Victorian shopping centres) to build and fit-out the ‘Children’s Cancer Centre’ at a time when no other Government nor non-profit organisation was willing to help the children in the area.

At completion in 2006 Kids with Cancer Foundation was recognised as the Founding Patron of the Monash ‘CCC’.

The Minister for Health Ms Pike said: “The new centre was an integral part of the Government’s new Paediatric Integrated Cancer Services, which aims to streamline treatment for young patients.  The new centre means children going through a very difficult illness will have state-of-the-art facilities and more integrated, co-ordinated care.  The Children’s Cancer Centre at Monash is now introducing innovations in the way kids are treated for cancer, for example, this is the first facility in the State to be able to anaesthetise children without having to send them to an operating theatre.”

Southern Health Chief Executive Linda Sorrell wrote: “Without the million dollar plus gift provided by Kids with Cancer Foundation the new purpose built day oncology facilities might never have seen the light of day.  Now treatment for Victorian children with cancer has been significantly boosted and the more than 100 parents, patients and a clearly excited group of Southern Health staff and dignitaries who attended the launch on July 25 were thrilled at the great leap forward.”

A note from a mother: “A few weeks ago I purchased some raffle tickets at a shopping centre in Melbourne. My daughter has newly been diagnosed with ALL so when I see a cancer charity I tend to always give what I can.

I had not heard of your charity before and was not sure what the money went to. I was just thinking about this so I thought I would have a look at your website. It made me teary! I had no idea that the place that is now my second home was build thanks to you. My daughter’s treatment is at the Monash Children’s Cancer Centre.

I just wish to thank you so much for your efforts in raising this money. It is such a fantastic relaxed environment. I couldn’t imagine how hard it would be if the CCC was not there.

Once again just thank you so very much, it means the world to us and many other families. In the future I wish to be able to help even half as much as you have”.

Kids with Cancer Foundation had originally approached the ‘Royal Children’s Hospital’, ‘Monash Medical Centre’ and ‘Peter McCallum Cancer Institute’ with an offer of funding but it was rejected.  The parents group had been working with Southern Health and Monash to provide more kids cancer services in Clayton but funds were the problem.  Our funds were still available and we were asked to provide all the funds to construct and fit-out the new Day Ward.

Since our first payment of $650,000 the Victorian Government announced the new Paediatric Integrated Cancer Services group, PICS.  The size of the project changed and the total funds required to complete the Day Ward had risen to $1.157m.  We were pleased to be able to provide the total funds on behalf of our supporters to Southern Health/Monash Medical Centre, to complete the program.

The funds we have provided, come from the $2 raffle tickets we sell in Victorian shopping centres.  Help us to continue our support of Victorian cancer sufferers by buying $2 tickets when you see our displays.

2004 – Initial funding for the construction and fit-out of the new Paediatric Oncology Day Ward $650,000.

2005 – Further funding for the construction and fit-out of the Children’s Cancer Centre at Monash, bringing our total commitment to $1.157m

Premier’s comment: In July 2005 the Premier, The Hon. Steve Bracks wrote: “These projects represent the achievement of key milestones in my Government’s Fighting Cancer Policy and Cancer Services Framework for Victoria.  Once again thank you for your generous, ongoing support towards the well-being of children with cancer and their families”.

Kids with Cancer Foundation was officially recognised in 2006 as ‘The Founding Patron’ of the ‘Children’s Cancer Centre’ at Monash Medical Centre. The completed ‘CCC’ and the plaque erected in our honour outside the Ward

The new Children’s Cancer Centre was officially opened in July 2006 by the Minister for Health Bronwyn Pike.  The $1.157 million dollar gift is one of the largest individual gifts ever received by Southern Health.  The Children’s Cancer Centre incorporates purpose-built treatment rooms, a spacious waiting area, consulting space and enhanced resources.  The new unit will care for 20-30 per cent of Victoria’s childhood cancer patients and is situated near the main entrance, which will make it more accessible, providing a child and family-friendly environment.

Southern Health Chief Executive Linda Sorrell:  “We are so pleased to be able to complete work on this eagerly-anticipated project.  The new facilities promise to provide even better care for some of our youngest and most vulnerable patients.  It is fantastic that we have also received such generous community support through our partnership with, Kids with Cancer Foundation”

Kids with Cancer’s Peter Bodman said he was pleased to return the proceeds of the raffles his Foundation conducted in Victoria to help kids suffering from cancer and he personally thanked those many Victorians who had purchased tickets in the various car raffles for providing the funds used to create the Children’s Cancer Centre.

Using your ongoing donations to us and since our original funding to build the Children’s Cancer Centre at Monash Children’s Hospital, we have continued to support the ‘CCC’ providing financial assistance through the oncology social worker to families of children treated in the ‘CCC’. 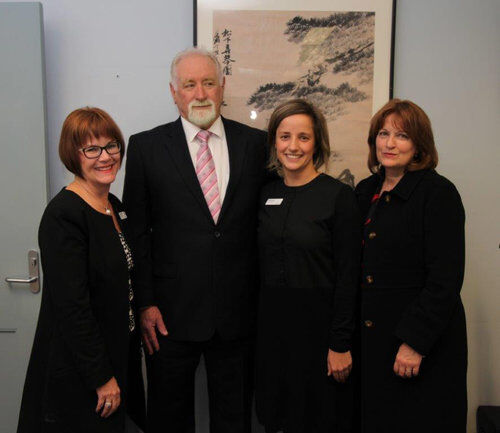 Monash approached us to support an additional oncology social work position to commence as soon as the position could be filled.  We have since paid: 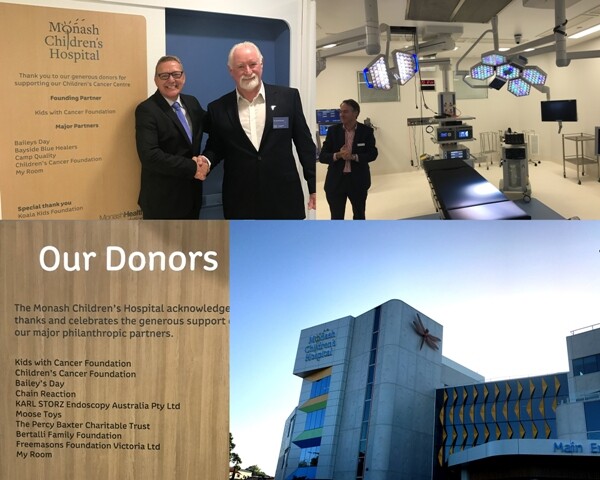 Our initial funding in support of the children of Victoria and the Monash Children’s Hospital goes back to 2004 when we provided the largest donation to Southern Health’s history (as it was known then) and now the new Monash Children’s Hospital has opened in April 2017 and Kids with Cancer Foundation was there.  As we were the first organisation to donate in excess of $1million to Monash Health we were afforded top billing at the main entrance on their list of donors, and in the Children’s Cancer Centre as the ‘Founding Partner’.

We are honoured to have pride of place at the new Monash Children’s Hospital, and we thank the supporters of Kids with Cancer Foundation for making it happen, without such support we can’t do the great things we do in your name.

That recognition of our funding for the benefit of Victorian kids is a long way from when in 2010 (five years after we gave Monash Children’s & the kids of Victoria over $1million) the ‘Children’s Cancer Centre Foundation Inc’ of The Royal Children’s Hospital (RCH) made an unfounded/failed attempt to have our fundraising permit in Victoria revoked.  Now we assist the families of the RCH along with Monash with requests for financial assistance from the social workers there, and our total to Victorian families is over $100,000 yearly.

We have committed to funding a Senior Clinical Neuropsychologist at Monash Children’s Hospital in Victoria for the next 3 years.   Dr Anna Makary, BBNSc (Hons), Dpsych (Clin Neuro), MAPS has taken on the role which commenced in January 2022.

With extensive experience in delivering child and adolescent neuropsychology assessments and interventions., Anna has previously worked in children’s hospitals in acute and subacute settings, as well as for paediatric community services. Anna has experience as a team leader, and undertaking clinical coordination and service development and delivery.

As a Psychology Board of Australia approved supervisor, she enjoys supporting and mentoring other psychologists. Anna has a strong commitment to deliver high quality clinical care to young people and their families. She is excited to have the opportunity to further develop the Neuropsychology services at the Monash Children’s Hospital Children’s Cancer Centre. 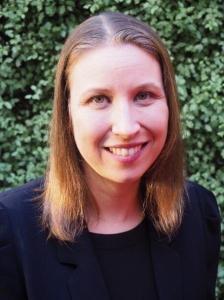 I have completed postgraduate diploma in advanced nursing in adult and master of nursing in neonatal care. My research backgrounds include oncology clinical trials and perinatal and gynaecological translational research. I have special interests in clinical trials and quality improvement initiatives to improve patients’ care. 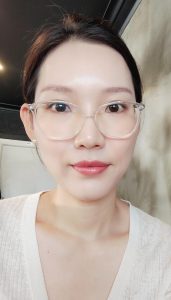 See the work we do with other hospitals in Australia