Jesse and his fight against Ependymoma

This cute little face right here, is the reason we do what we do and why we are always encouraging you to donate and support Kids with Cancer.

This handsome young man is 3 year old Jesse, who was diagnosed with “Supratentorial Ependympoma, Grade 3” at just 2 years old. Jesse’s mum noticed he was walking funny for a week before a scan showed a massive tumour. He was admitted immediately to the Paediatric Intensive Care Unit at the John Hunter Children’s Hospital, where he spent 6 weeks before he was stable enough to be moved to a general ward and then home for a week before he commenced his chemotherapy. Jesse has had 2 major surgeries to remove the bulk of the tumour, needed a shunt inserted and even had to recently travel to Austria for three months for Proton Beam Radiation which is unavailable here in Australia.

Jesse is off treatment for about 3 months at the moment, with a scan due in the coming weeks. With a smile on his face the entire time, he has continued to fight through and show everyone how strong he is.

Jesse is a super caring and gentle little boy. He loves books, his cats, and his brother who is his best friend. He loves going to parks and of course, Pepper Pig. He loves kids and everyone he meets becomes his friend.

We are so honoured to be able to share Jesse and mum Sophie’s story, to not only help this family, but bring awareness to this type of Brain Cancer, Ependymoma. We are focused on raising much needed money to continue to fund the Research Position at Sydney Children’s Hospital to find a cure for this terrible disease.

If you can help and would like to be a part of this ground-breaking trial, don’t delay and get in contact with us now. 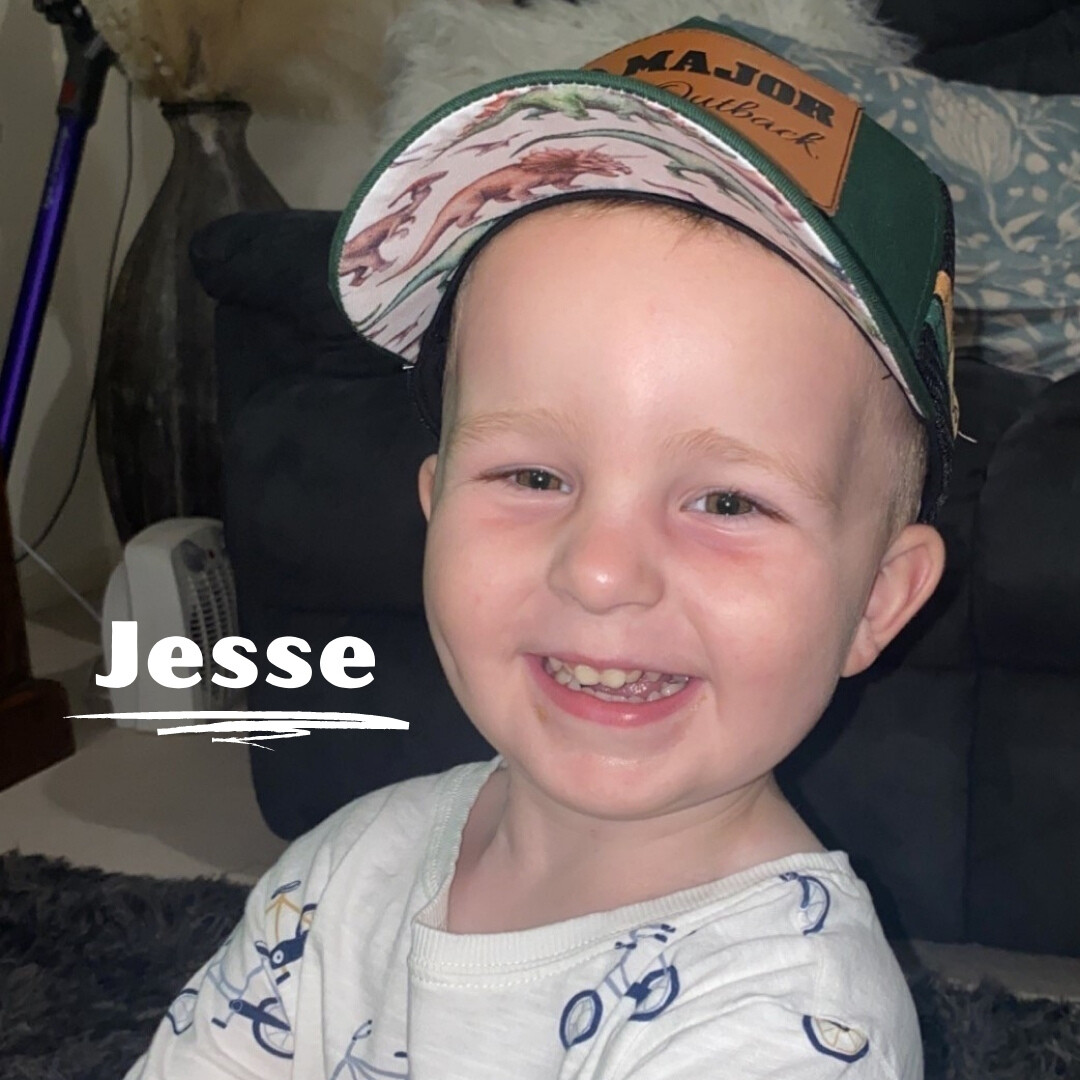